Why Are We Closed on Saturday?

Have you ever wondered why the whole world has a seven day week? Where did that come from? Is that from some ancient practice or is it a something that developed in the last few hundred years? 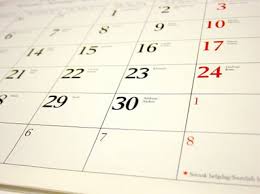 We know that it takes 24 hours for the earth to complete one turn on its axis, and that is what we call a “day.”  We know that months are connected to the moons lunar cycle, and a year is the time it takes for the earth to finish one lap around the sun. But why does every culture have a seven day week? It appears to be universal, going back to the beginning of recorded history. And yet astronomers and scientists have never found a scientific reason for it that links it to the sun, moon, stars or planets.

Maybe they should have asked God, because He makes it clear in His love letter to humanity, the Bible. It is in here we are told that God created our world, and everything on it in six days, and on the seventh day He rested. Then we read that He did something very special:

“And God blessed the seventh day, and sanctified it: because in it He had rested from all His work which God created and made.” – Genesis 2:3.

So He “blessed” it (gave it power to improve and bring prosperity), and He “sanctified” it (which is to set it apart for sacred use). 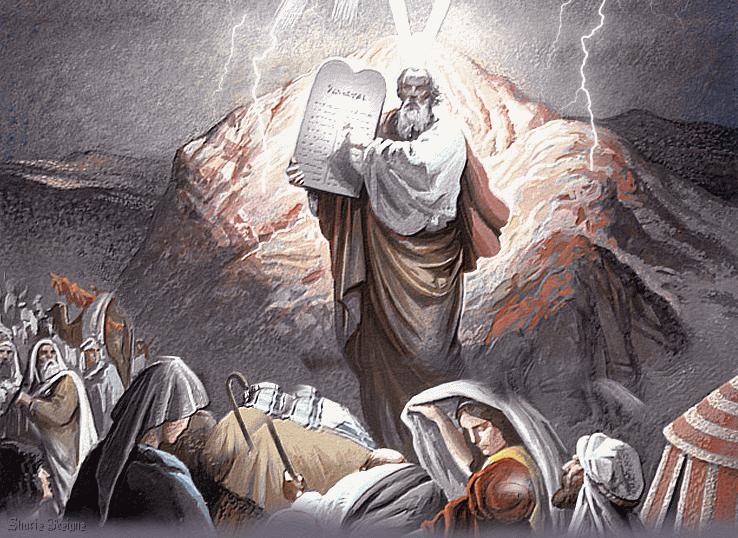 The next time we find record of the seventh day is a couple of thousand years later, in the time of Moses, God emphasises its importance again in something that He wrote Himself. Although He inspired all the Bible authors, with Moses being the first of those authors, there is only one section He wrote Himself, and that’s the Ten Commandments. To engrave this in the minds of His people, and teach them the importance of what He wrote, He wrote it in stone; not parchment or clay, but stone. These 10 Commandments are also known as the Moral Law, because they help us understand the right and wrong way to relate to God, and to other people. Here is one of the ten commandments that He wrote:

“Remember the Sabbath day, to keep it holy. Six days you shall labor, and do all your work, but the seventh day is the Sabbath of the LORD your God. On it you shall not do any work, you, or your son, or your daughter, your male servant, or your female servant, or your livestock, or the sojourner who is within your gates. For in six days the LORD made heaven and earth, the sea, and all that is in them, and rested on the seventh day. Therefore the LORD blessed the Sabbath day and made it holy.”– Exodus 20:8-11.

Why did He say “Remember”? (It is not prefaced with a “Thou shalt” as the other commandments are.) Was there a reason that He enshrined it in the centre of His law, His code of ethics for humanity, His outline of principles to live by, that He personally wrote to all of humanity? Maybe He knew that humanity would forget His law, and make laws of their own, and try and enforce them. Maybe He knew that we all have inherited a bent towards evil, a tendency to be self-sufficient, to live without our Creator, to ignore our origins, and our source of life.

God’s act of giving Ten Commandments was something that happened thousands of years ago. Today, however, people are comfortable ignoring God and His claim over their lives and have created new belief systems to account for their origins, the most well know being the theory of evolution. Looking back in history, we can now see the ramifications of this theory. Every society that has rejected God and chosen atheism and evolution as its foundational beliefs and rejected God’s moral code have also lost the value of life. 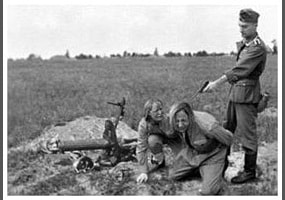 As a result they have persecuted and killed millions upon millions of people. Just look at the history of communism from the French Revolution to the present, and count the death toll in world revolutions in 19th century Europe, 20th century Russia, China, Korea, Cuba and other smaller nations. These nations that have ignored the sanctity of life and given up the Bible, ended up removing the Bible as their foundation for law and order and destroying their own people. Yes, there have been religious massacres throughout world history as well. However, the number of deaths is still far exceeded by the killing under Atheist governments that reject the idea of God.

As a matter of fact, it is a well documented fact that every society that has chosen to use the Ten Commandments as their moral code has been blessed above other nations. The English system of Government, known as the Westminster system, has the Moral Law of God as its foundation. That system is also the foundation of our governmental system here in Australia (the Australian Constitution). The Westminster system gives freedom to its people in so many ways that we never see under Communism in all its forms.

So we see in Exodus 20 that God is reminding us of His creative power in making everything there is. He has set the Sabbath as a weekly reminder of who He is, and what He has done. Throughout Scripture we find the writers reminding their readers of the importance of these Ten Commandments and central to that is the Sabbath. Christ Himself stated:

“Whoever has my commandments and keeps them, he it is who loves me. And he who loves me will be loved by my Father, and I will love him and manifest myself to him..” – John 14:21

“If you keep my commandments, you will abide in my love, just as I have kept my Father’s commandments and abide in his love.”– John 15:10. 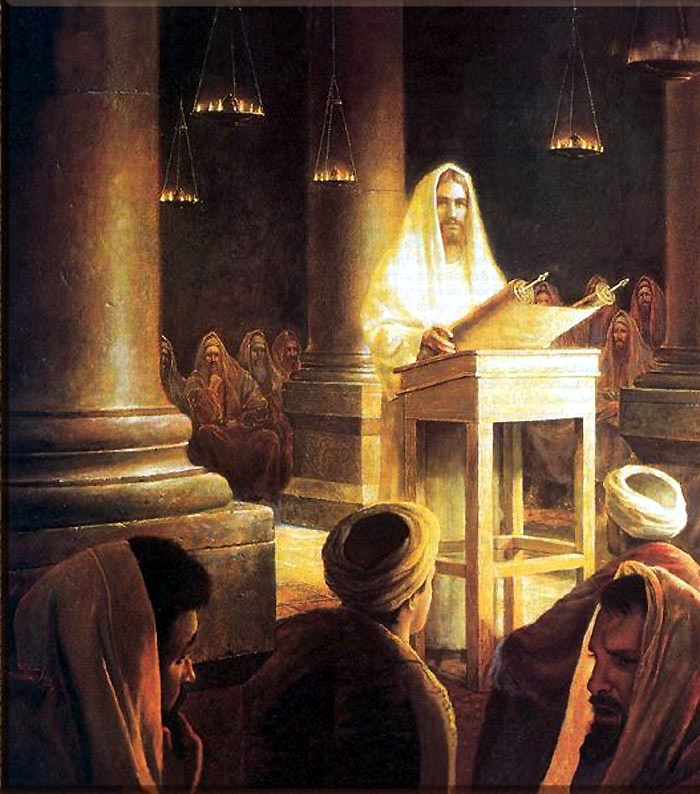 Christ Himself, as our example in all things, kept the Sabbath. It was the same with His disciples. We find no gospel writer telling us that the Sabbath was done away with at any time, for they all honoured and kept it themselves, as seen in their writings, and the history of the early Christians.

Jesus tells us that “the Sabbath was made for man.” – Mark 2:27. Adam was the only man in existence when God ordained the Sabbath. Christ also states of Himself that He is “Lord of the Sabbath” in Mark 2:28.

“Do not suppose that I came to throw down the law or the prophets–I did not come to throw down, but to fulfill; for, truly I say to you, till the heaven and the earth pass away, not a dot or a dash may pass away from the law.” – Matt 5:18.

So Christ came to fulfill all that had been written about Him in the law and prophets. Scripture also emphasizes another attribute or characteristic of Christ: “Jesus Christ the same yesterday, and to day, and for ever.” – Hebrews 13:8. God does not change (Malachi 3:6). His law is there for our good, that we might see our Saviour as He truly is, holy and righteous, full of goodness and mercy, loving and guiding our lives if we allow Him.

There are several points about the Sabbath day that become clear when we compare all of Scripture. The weekly Sabbath was:

It’s also important to realize that we find no command or instruction from God to treat Sunday as a holy day. 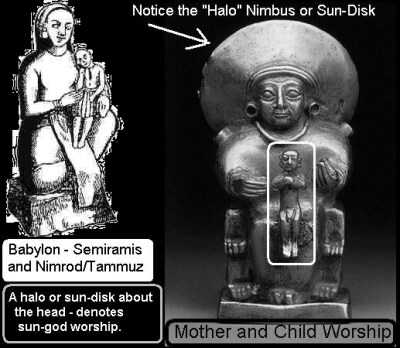 It is not mentioned as a day “blessed” by God, or a day of worship or rest. The word “Sabbath” only ever applied to the last day of the week (the day that God rested), known today as Saturday. Sunday in all western calendars was the first day of the week, and originally was set aside in ancient pagan cultures to worship the sun god, under whatever name he went. (It is a historical fact that Christians observing Sunday as a day for worship commenced around 315-350 AD. This was due to laws passed by the Roman Emperor Constantine who tried to find a way to combine Christianity with the main sun-worshipping religions of the time.)

Obedience is the highest form of allegiance and worship. The Sabbath was designed to bless people. It is a gift from God, a day waited for each week because we can set aside all our weekday concerns and burdens, and devote ourselves to spiritual enrichment. It is not intended to be a day of rituals and restrictions, as it had become at the time when Jesus was born. The Jewish leaders back then had created so many rules and traditions that Sabbath observance was not enjoyable. The Sabbath lost its true meaning and beauty. Many Christians today ignore the Sabbath because they only think of how it has been obeyed in a dry, formal way. 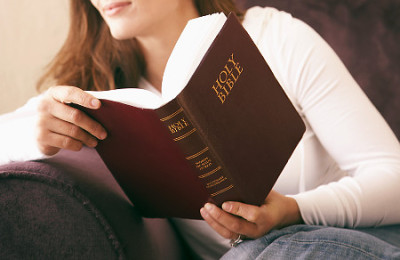 was to have the Lord of the Sabbath in my heart and life. It is the amazing love of God that draws us to live in obedience to all of His commandments:.

“And whatsoever we ask, we receive of Him, because we keep His commandments, and do those things that are pleasing in His sight.  And he that keeps His commandments dwells in Him, and He in him. And hereby we know that He lives in us, by the Spirit which He hath given us.” – 1st John 3:22,24.

At the end of the Bible, we find these interesting words:

“Blessed are they that do his commandments, that they may have right to the tree of life, and may enter in through the gates into the city (of God). “ – Rev 22:14.

God’s people will honour His commandments. And, they will have a living experience with Christ, for they will have His faith. That’s not just faith in Him, but the faith of Jesus!

The Bible tells us that in heaven the Sabbath will still be a part of the lives of the redeemed who worship God.

“And it shall come to pass, that from one new moon to another, and from one Sabbath to another, shall all flesh come to worship before me, says  the LORD.” – Isaiah 66:23.

“Your name, O Lord, endures forever; and your memorial, O Lord, throughout all generations.” – Psalms 135:13.

There is a blessing associated with the Sabbath, right from the creation of the Earth. If you want that blessing in your life, and to have it flow out to others, ask God about how He wants you to honour His Sabbath, and allow Him to transform your life. If you would like someone to show you how to study the Bible to learn more about what it teaches, contact us here.